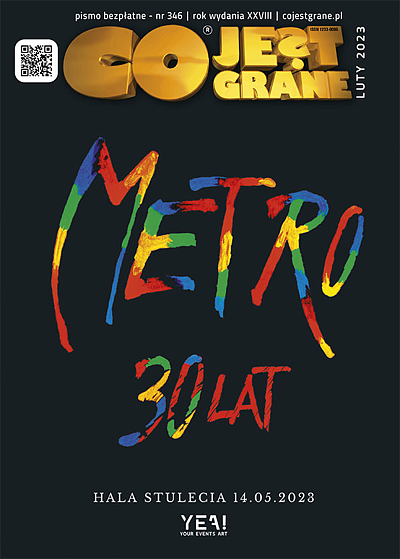 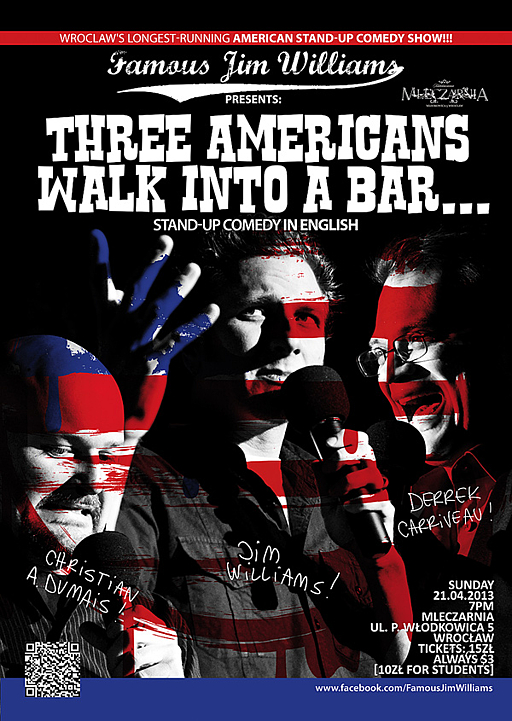 "Three Americans walk into a bar..."

“THREE AMERICANS WALK INTO A BAR…”

Famous Jim Williams and his motley crew of foreign-born funnymen spent March conquering Warsaw, and now they’re back and better than ever. Wroclaw’s best comedy team returns in April with Famous Jim Williams Presents “Three Americans walk into a bar…”

THREE AMERICANS
Derrek Carriveau will pop the cork on the evening with his whisky-warm voice and his martini-dry wit. Writer and in-demand voice actor, Carriveau aims his boozy sense of humor at everyday life that is both acerbic and wonderfully honest.

Christian A. Dumais – writer and creator of Twitter’s @DrunkHulk – follows and proves why TIME called him "one of [their] favorite funnymen!" Drunk Hulk was recently named the #1 “Parody Twitter Account of All Time” by Heavy, and thanks to his 186,000 followers, he continues to be a major force to be reckoned with. Comedian Russell Brand said, “I love Drunk Hulk!” and you will too!

Finally, just when you think it can’t get any better, Famous Jim Williams takes the stage. As a performance artist, Jim spent the last decade touring across the U.S. and Europe. Since 2010, his physical comedy act Liquidmime has dominated Polish comedy festivals, winning top awards and appearing several times on television. As a semi-finalist on Mam Talent he became one of the most recognizable foreigners in the country. Now, using a brilliant combination of physical and spoken-word comedy, it’s easy to see why Wroclaw Uncut called Williams a “comedy gem.”

January’s “American Invasion” and March’s “UnUsual Suspects” had everyone talking, and “Three Americans” promises to be even funnier.

Come check out Poland's best stand-up comedy in English as Famous Jim Williams continues his comedy invasion of Poland, and eventually the world!