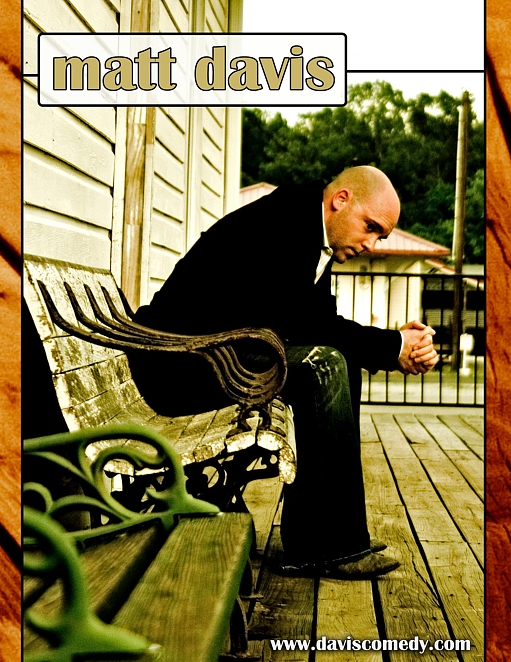 Matt Davis is a professional American comedian touring the world for the last 6 months. After travelling through Asia, he's finally made it to the old continent where he plans to bring some of his stand up magic to us Europeans.

“Matt Davis can be as cool as the other side of the pillow, or as harsh as unfiltered cigarettes… he has great material on everything from hunting and Harry Potter to retro clothing and homophobia in the Arab world…” – Creative Loathing, Atlanta (2010)

With over one million online video views and five full length comedy albums, Matt Davis is a comedic force of dark and dirty humor. Matt was featured at Sketch Fest in San Francisco (2013) and on The Nasty Show at the Just For Laughs festival in Montreal (2012).

Already a veteran touring performer he headlined the 12 show “operation Laughter” tour for US troops in the Middle East and Africe that covered nine military bases in five countries (2013).

Matt’s “dirty but smart” sense of humor has earned him an Editor’s Choice on Sony Crackle.com (2007) and has had him featured in a top ten list on Cracked Magazine’s Cracked.com (2012) and taken him to 8 countries with repeat performances in over 150 cities.

Hosted by The Derrek Carriveau, with openers from the local comedy scene, this promises to be a great night for comedy lovers!

In the meantime, find out all about Matt Davis by visiting his website:http://daviscomedy.com/.