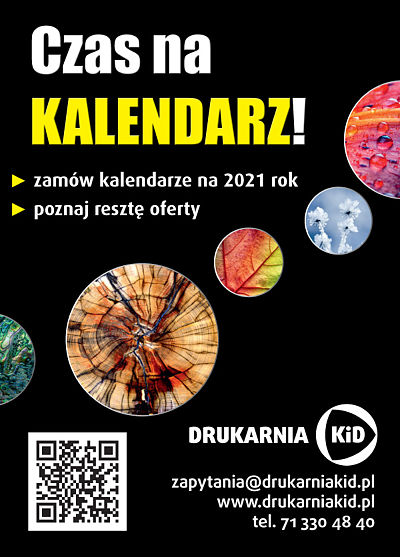 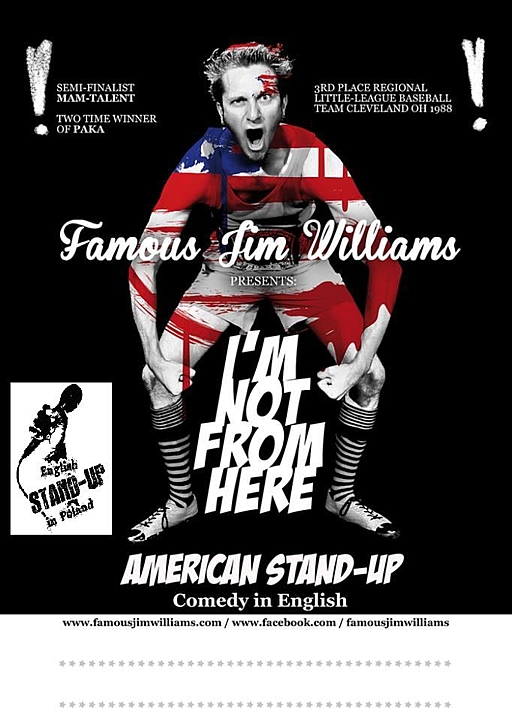 As a performance artist, Jim Williams spent the last decade touring across the U.S. and Europe. Since 2010, his physical comedy act Liquidmime has dominated Polish comedy festivals, winning top awards and appearing several times on television. As a semi-finalist on Mam Talent he became one of the most recognizable foreigners in the country. Now, using a brilliant combination of physical and spoken-word comedy, it’s easy to see why Wroclaw Uncut called Williams a “comedy gem.”

Fresh off an award-winning performance of his Polish-language stand-up act “UWAGA! I’m Gonna’ Mówić Po Polsku” at this year’s PAKA, Mulatka, and LWHiS kabaret festivals, Famous Jim Williams returns to his mother tongue to share his adventure of being an American living in Poland, as well as his biting observations about American culture throughout the world.

Come check him out live the evening before his next appearance on Dzięki Bogu już weekend on TVP2 Friday night where he'll be performing his stand-up in Polish!

Hosted By, Dave Prior, an Irish comic working in Warsaw for over 5 years and supported by the talent of Jacob Wozniak and Dave Redmond, this promises to be a night of fun and laughs.